Luxury Tantric Intimacy Retreat – About Us

Dr. Elsbeth Meuth and Freddy Zental Weaver have assisted thousands of couples and singles create lasting intimacy and fulfillment in their life and relationships. They are featured on Showtime’s documentary series Sexual Healing and the Emmy Award-winning NBC show Starting Over, best-selling authors of Sexual Enlightenment endorsed by world-renowned Spiritual Pioneer Dr. Michael Beckwith, and the co-founders of TantraNova Institute in Chicago.

They have presented at premier retreat centers such as Kripalu Center for Yoga and Health and Esalen Institute, coached billionaires, innovators and power couples all over the world, shared their intimacy secrets at a global YPO (Young Presidents Organization) conference in the city of love, Paris, and got nominated as Changemaker at the White House sponsored 2016 United State of Women Summit in Washington, D.C.

Elsbeth was born and raised in Germany. She has been practicing in the United States and Europe over the past 40 years – in her early adulthood as a music teacher from elementary school through college levels, then after receiving her doctorate became a management

consultant and executive coach to multinational corporate teams, and now as transformational thought leader and entrepreneur.

Elsbeth holds a Doctorate in Education and a Master’s Degree in Music. Her academic career includes associate professorships at Musikhochschule Nordrhein-Westfalen, Germany, New England Conservatory of Music, Boston, and Berkeley School of Music, Boston. She was a research fellow at the University of Indiana, Indianapolis and is an ontological design coach, employing the principles of the Philosophy of Language.

Hawaii. He employs the approach of “Creative Self-Discovery” as developed by psychiatrist and author, Fred Weaver, III, M.D.

His career spans from serving as a district wide human relationship counselor in the Los Angeles Unified School District in his early career to being in software sales with Fortune 500 corporations to becoming an accomplished performing artist touring the United States with his one-man show Sexual Enlightenment which lead him to embark on developing himself as a singer.

Freddy Zental always wanted to sing. However, he was told at an early age that he couldn’t. In the early 2000 he was fiercely determined to learn to sing for his one-man show and today, after years of great voice coaches, regular open mic performances and serious practicing, he is proud of having made his debut into the Chicago Jazz scene.

Franco Marini is a professor at the Daniels College of Business and works with the University of Denver on several educational experientialprojects. He is the owner and 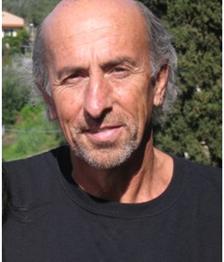 director of Peak Empowerment, an organization committed to empowering individuals and organizations through exciting programs, activities and unique group challenges. www.peakempowerment.org  He also created and operates Global Journeys Inc., a travel-based company providing personal and professional growth through specialized travel offerings. www.globalj.org One of Marini’s strongest attributes is his ability and knowledge of how to empower human development as it impacts the enhancement of individual strenghts and results of an organization. One of his primary focal points is working with the attributes and contributions of individuals and empowering each participant to effectively break through bariers to achieve a level of being their very best. Franco is also a certified Yoga instructor in the Sampoorna tradition, a ceremonialist, a wellness coach, a massage therapist, a drum-maker, and a consultant. He will be leading some of the sessions on this retreat. As director and president of Peak Empowerment for the past fifteen years, Franco has a distinguished record of providing quality training to thousands of individuals. Some of the clients he has worked with include: Phillips Petroleum, McREL, BP, Kaiser Permanente,  Novartis, Intermountain Health, Colgate Palmolive, F.M.I., Daniels College of Business, the U.S. Air Force and Army, DeVry University, BNP Paribas, South Pole Expedition Team, Spectrum Health, Rocky Mountain Orthodontists, Castlewood Fire Department, Vital Yoga and others.

Kay LatchmanSingh is the main organizer and logistic expert of this retreat. Her background in international trade and finance and her attention to details will 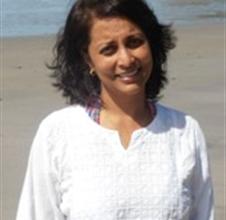 ensure that this will be a quality experience for all. She is in communication with everyone who is a part of this program and makes sure that all aspects of this endeavor are synchronized. Kay is also in charge of participant wellness and takes care of everyone from the time they register until they are back home. Kay is the co-owner and vice-president of Global Journeys. She provides a wealth of experience in travel and cultural connections. Kay was born and educated in British Guyana, moved to the U.S. and has traveled and worked with people in many European countries, Russia, Egypt, South Africa, British West Indies, and Central America. Her knowledge and connections with various cultures is a wonderful asset as she works with and teaches a variety of people. Her vision of providing service to those in need and doing so in a celebratory way certainly is the foundation of this retreat. She is a Yoga Shiromani (teacher of yoga) in the Sampoorna tradition, and is a student of Sanskrit. She will be leading some of the Yoga sessions on this retreat. Kay’s Hindu practice, knowledge of the Vedic Traditions, experience leading Kirtan, amazing ability to prepare Indian cuisine and Yoga knowledge will be invaluable assets on this retreat.