WIRED for LOVE with Stan and Tracey Tatkin in SPAIN Schedule

A Couple’s Retreat in SPAIN

The following schedule is a general outline for this event. Please note that the flow of the week may shift slightly to better attend to the needs of the participants.

Breakfast is included each day starting on Sunday, October 24.

Saturday, October 23 – Arrival in Bilbao and transfer to Haro. Check in to Los Agustinos. Settle in and enjoy your surroundings. Opening ceremony, introductions & dinner. To learn more about the convent/hotel where you will be staying, go to Los Agustinos. To find out more about Haro, see below. (D)

Monday, Oct 25 – Breakfast and then depart to Sardon del Duero – wine-tasting & lunch at Pago de Carraovejas, Penafiel. Late check in at Abadia Retuerta LeDomaine. Pre-dinner short session with Stan and Tracey, then dinner. To learn more about your splendid accommodations, go to Abadia Retuerta LeDomaine.To find out more about Pago de Carraovejas, where we will have an amazing lunch, see below (B,L & D)

Saturday, Oct 30 – After breakfast, we’ll depart for Madrid.  You’ll leave luggage at Gran Palacios de Los Duques, have lunch on your own & explore Madrid. In the evening, after you settle in at one of the best hotels in Madrid, we’ll treat you to a classic Flamenco show that includes dinner. To find out more about your accommodations, go to: Gran Palacios de Los Duques. To find out more about the area of Madrid you will be staying in, see below. (B,D)

Sunday Oct  31 – After breakfast we’ll take you to the Madrid airport for your home departure. (B)

Haro is a Spanish town and municipality located in the northeast of the autonomous region of La Rioja. It is the main town in the district of Haro and the largest in the Upper Rioja region. It borders the province of Burgos to the north along the Obarnes Mountains and Álava to the east along the River Ebro. According to the Spanish national statistics institute, the population in 2010 was 11,960. The main activity is vine growing and the production of quality wines with the Rioja Designation of Origen quality label. The area’s wineries are one of the main tourist attractions and thousands of visitors pass through them each year. The town also has a lot of architectural and city heritage, including the main entrance to the Santo Tomás Church by Felipe Vigarny, the many palaces and also the old quarter, which was declared an historic and artistic site in 1975. There are a number of interesting facts about Haro; it hosts a Wine Fight, which is a festival of national tourist interest; it has the third oldest lantern procession in Spain; it was the first Spanish town to have electric street lights; and it was one of seven towns that are not provincial capitals to have a branch of the Bank of Spain.

It is difficult to explain on paper what the Vivanco Museum of Wine Culture is and what it has to offer, but I will try. In any case, I think it’s best to come and see it and feel it. Because they are 4,000 square metres and six rooms, one exterior, devoted to valuing the relationship between man and wine over 8,000 years of history. All with a single goal: to educate, teach, spread and interact with wine as a civilising element. And all of it from experience, sensitivity, respect and innovation.

When we were contemplating this project in the late 1990s, everyone told us we were crazy. Today, almost two decades later, this Museum is respected as one of the great icons of the Culture of Wine in the world. And we are proud of this. It was a part of our dream and that’s why, when my father asked me to develop the project, I applied all my knowledge and passion to carry it out.

The Museum occupies a surface area of 4,000 m2 including 5 permanent exhibition halls, a hall for temporary exhibitions and, outside, the Garden of Bacchus, a collection of grapevines which boasts more than 220 varieties from around the world.

We will have the distinct pleasure to enjoy one of the most deliciously prepared lunches at this famous winery. The cuisine is simply amazing! The kitchen aims to revive the most traditional flavors of Castile and Leon, those long-enjoyed traditional Dzdown-to-earthdz flavors of but with a high-quality, modern cuisine approach. Respect for the primary products, the flavors and the unique aspects of each product comprise the basis of their philosophy, at all times seeking harmony between food and drink, thus shaping the cuisine.

They shall also soon be serving you at the Restaurant with an innovatively new approach where the lovingly-crafted  menus will be combined with a carefully-selected Dza la cartedz menu featuring the products in season. Seeking a connection with the vineyard, the grapevine grill will take center stage and will serve to highlight the fine qualities of traditional products with a new flair that you will surely find amazing. We will have a special selection of the finest Spanish and international wines to pair with these dishes. 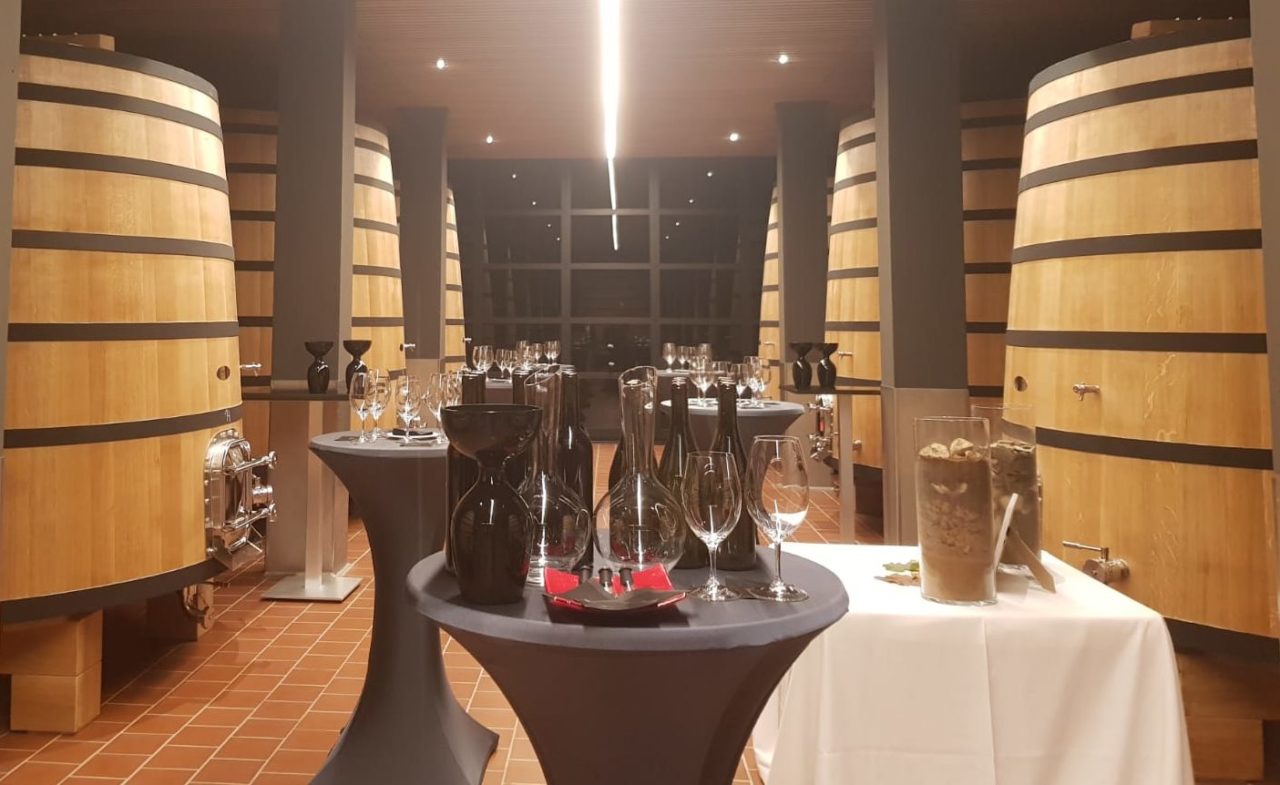 In the winery tour, you will follow the same path the grapes follow through the winemaking process, starting at the grape reception area, and going through the alcoholic and malolactic fermentation rooms until we reach the aging rooms, and the particularly striking Sculptural Room illuminated with indirect natural light. Next, you will see the bottling area and the adjacent “Bottle Dormitory” to finish at the social area. During the walk you will learn the story of the Pago de Carraovejas winery, and each and every one of the steps involved in the ancient winemaking art, where the smallest detail is important, that is our craft and what makes our wines having their great personality.

It is a particular romance between each wine and a fantastic way of thinking about which we are, being able to enjoy, at every moment of the year, a different culinary proposal of our own creation, linking the traditional Spanish cuisine and our unique creativity. 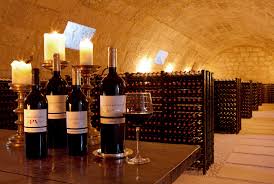 The Abadia Retuerta is a Spanish winery founded in 1996. The estate is situated just outside the border of the Ribera del Duero region in Spain’s north central province of Castilla y León, near the village of Sardón del Duero. Our wines are the theme of the history of Abadía Retuerta LeDomaine. Produced from the selection of the best grapes of our payments, among our proposal you will find a decided bet for the terroir wines. We are a winery with a philosophy of work that lies in the vinification of payments and the movement of wine exclusively by gravity (an initiative that combines respect for traditional practices of making our product, reducing the environmental impact of the winery).

The historic centre of Valladolid, the city on the Pisuerga River, is home to an interesting collection of Renaissance architecture comprising houses, palaces and emblematic buildings such as the Cathedral, the College of San Gregorio (today the site of the National Sculpture Museum) and the church of San Pablo..

The city has an intense cultural schedule thanks to its status as a university town, and hosts events such as the Seminci, the International Film Festival and one of the highlights of the Spanish film calendar, and the International Street Theatre and Arts Festival

Another event that marks life in Valladolid and awakes the passions of its inhabitants is Easter. Its processions, declared of International Tourist Interest, are real parades of works of religious art. Valladolid began to become important from the 11th century, when Count Ansúrez came to govern the city in the name of Alfonso VI. It reached its peak during the reign of the Catholic Monarchs (15th C.), when the university became one of the most important in the country. And, as well as playing a leading role in key episodes in Spanish history, Valladolid has twice been the capital, firstly with Carlos I (16th C.) and later when Felipe III came to the throne (17th C.). Within walking distance of the hotel is the Royal Palace of Madrid, the official residence of the Spanish royal family at the city of Madrid, although now only used for state ceremonies. The palace has 135,000 square meters of floor space and contains 3,418 rooms. It is the largest functioning royal palace and the largest by floor area in Europe. You will have dinner and a Flamenco show at this historic and revered establishment. Corral de la Morería is the most famous and prestigious Tablao Flamenco in the world. A temple of art that today is one of the symbols of Madrid and Spain. Since its inauguration in 1956, every night offers a unique experience in the world thanks to its commitment to the highest quality both in artistic programming and in the gastronomic offer and customer service. Not in vain, is included in the most famous travel book in the world: “1,000 sites to see before you die”, No. 1 on the NYTimes list that selects the most emblematic places on the planet. He is recognized as “Best Tablao Flamenco in the World” at the International Festival of Cante de las Minas de la Unión, as well as the “Ciudad de Madrid Prize” awarded to him by the City Council of the capital, next to the Prado Museum, the Thyssen Museum and Reina Sofía